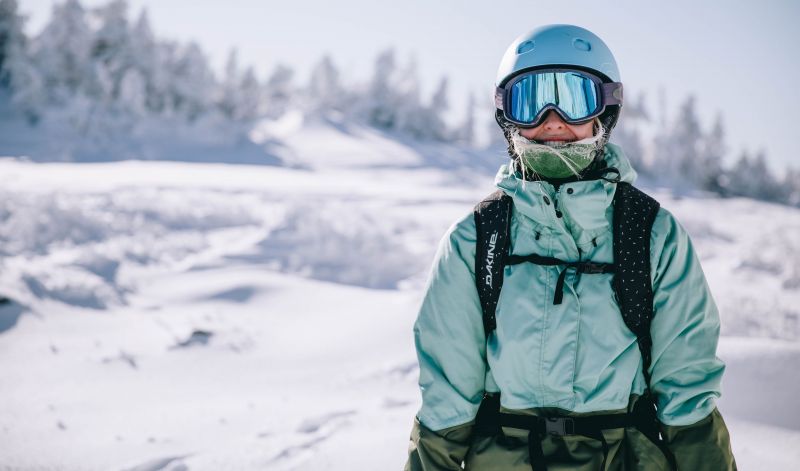 Laura MacAdam is all smiles as she gets set to sample prime ski conditions on Mount Mansfield, Vermont's highest peak and home to Stowe Mountain Resort, over the Martin Luther King, Jr., holiday weekend. Photo by Tucker Beatty for Ski Vermont 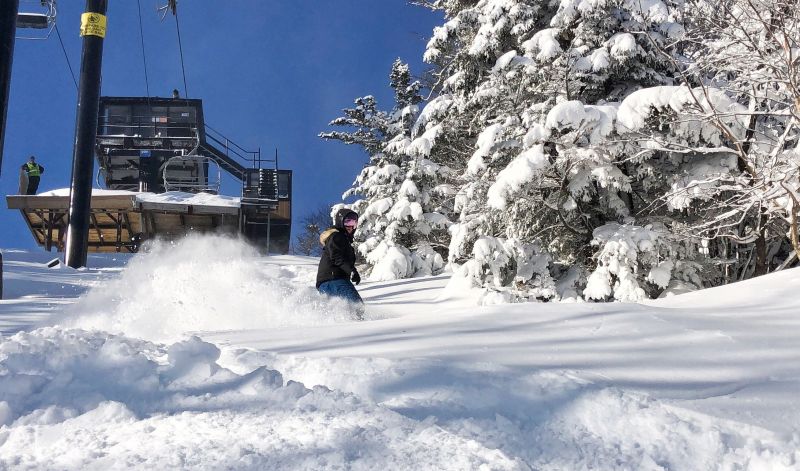 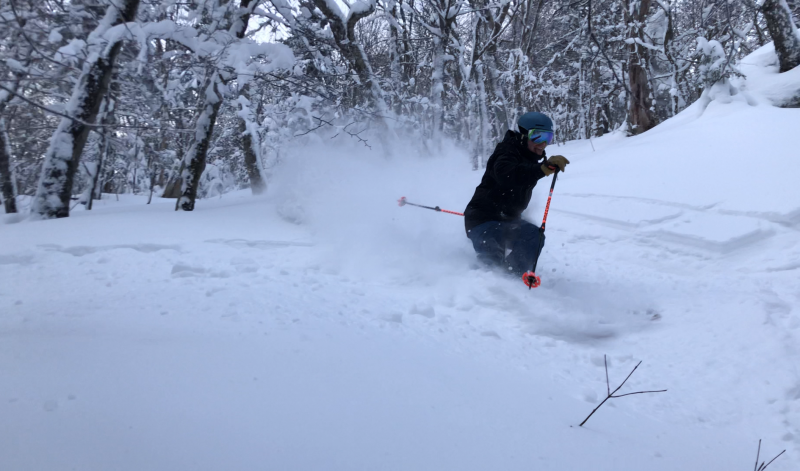 Ski areas across Vermont saw record levels of business over the Martin Luther King, Jr., holiday weekend, thanks to timely snowstorms that resulted in prime conditions for skiing and snowboarding.

Sugarbush Resort enjoyed the “biggest day” in its 61-year history on Sunday, according to Public Relations Manager John Bleh.

“Sugarbush had a record day on Sunday thanks to the timing of the storm for our MLK Weekend guests,” Bleh said. “The snowfall, along with our snowmaking efforts, helped us open a ton of new terrain, which coupled with relatively warmer temps kept crowds nicely dispersed all over the mountain.”

Steve Wright, president and general manager at Jay Peak, said the resort welcomed the largest number of skiers and riders it has seen in three seasons over the holiday – a level of business that helped erase the disappointment of the previous weekend’s unseasonably warm temperatures and rain.

Wright said Sunday was Jay’s “busiest day since 2017,” adding that the resort’s total lodging capacity of 900 rooms was “100-percent sold out.”

“It was all we could handle, but a great comeback from last Sunday,” Wright said.

A sizeable snowstorm midweek was followed by another powder dump from Saturday into Sunday – setting Vermont ski areas up with ideal conditions for the second leg of the ski industry “triple crown” between the Christmas holiday period and President’s Week.

“Nearly two feet of new snow leading into and during the long weekend made for a successful holiday in Stowe,” said Jeff Wise, senior director of communications for Vail Resorts’ northeastern properties including Stowe Mountain Resort. “Traditionally the most popular ski weekend in January, this annual MLK holiday proved to be an opportune ski and snowboard holiday with great snow conditions here in Northern Vermont.”

Despite an up-and-down season snow-wise so far, skier and rider interest in Vermont’s mountains has remained strong – especially among those new to the sport, according to Stratton Mountain Resort Marketing Communications Specialist Andrew Kimiecik.

“With pent-up demand after the lack of snow at the tail end of December, we saw a season high including a feel-good story when we did numerous pre-book rentals and ski school lessons,” Kimiecik said. “The interest in learning this weekend gets us excited about the future of the industry, and a customer’s desire to come to Stratton to make their first turns.”

Mother Nature wasn’t the only supplier of snow for the holiday. Following the previous weekend’s unfortunate thaw, the mercury dipped right back into optimal snowmaking temperatures and allowed Vermont’s industry-leading manmade snow systems to work their magic.

Once temperatures moderated and the sun came out in all its glory for MLK Weekend, the stage was set for record business that ski areas hope to see more of.

“The stars aligned leading up to MLK weekend at Okemo with ideal snowmaking temperatures, a perfectly timed snowfall that left the slopes covered in light, champagne powder, followed by sunshine, blue skies and business levels that exceeded expectations across the resort,” said Bonnie MacPherson, communications manager for Okemo Mountain Resort. “To have a weekend this glorious this early in the season leaves us hopeful that we will see more, and more frequent, return visits in the weeks and months ahead.”