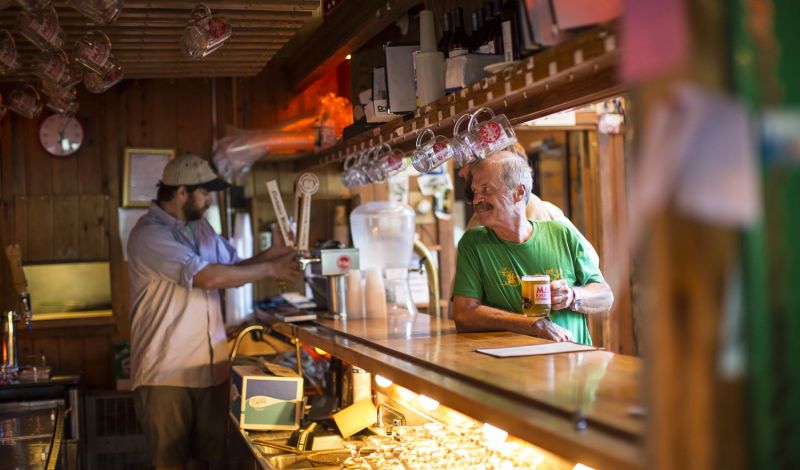 General Stark's Pub at Mad River Glen was named one of the Top 10 apres-ski spots in the country by USA Today. (Photo courtesy MRG)

Those who ski and ride in Vermont are well aware of the state's stellar apres scene. Thanks to a recent USA Today article, two popular Green Mountain State apres spots are now on the national radar as well.

Coming in at No. 4 is The Wobbly Barn at Killington Resort:

Built from repurposed New England barns, the Wobbly Barn in Killington has been serving hungry and thirsty skiers since it first opened in 1963. Part steakhouse and part nightclub, the Wobbly is fun all around, and they even offer a free shuttle up and down Killington Road on ski season weekends.

The No. 7 spot on the list went to General Stark's Pub at Mad River Glen:

During the winter months, skiers in the know head to General Stark’s Pub after a day on the mountain at Mad River Glen. The menu features a sizable list of Vermont micro brews, as well as pub fare. Saturday night parties and live music most afternoons make General Stark’s among the liveliest watering holes around.

What is your favorite spot for apres fun in Vermont?