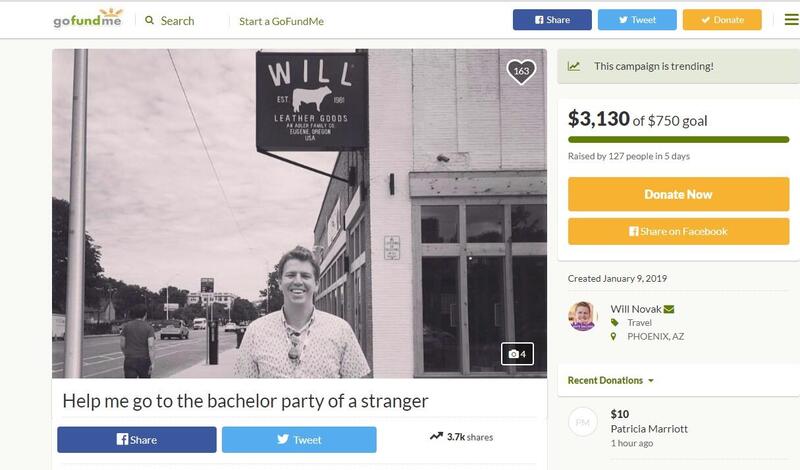 A typographical error led Will Novak of Arizona to mount this crowdsourcing campaign to fund an improbable ski trip to Okemo Mountain Resort this weekend. (Screen shot of GoFundMe.com by Adam White/Ski Vermont) 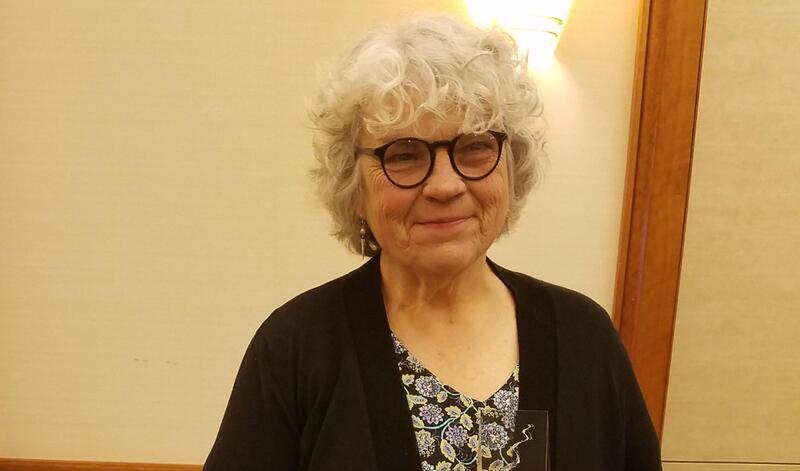 A typographical error is responsible for bringing an Arizona man on an improbable ski trip to Vermont this upcoming MLK weekend. The story has drawn national attention, and Bonnie MacPherson can’t help but laugh at the irony.

“Friends who know me well all know what a stickler I am about typos,” said MacPherson, the longtime director of public relations at Okemo Mountain Resort, “so it tickles me to no end that a typo in an email address is bringing Okemo and Ludlow, Vermont, such viral notoriety.”

The man at the center of the story, Will Novak, received an invitation in error to a bachelor party being thrown at Okemo (the invitation was meant for a New York man with the same name). Rather than dismiss the opportunity, Novak embraced it – striking up a correspondence with the total strangers organizing the party and ultimately earning an invitation in earnest.

Novak then mounted a successful crowdsourcing campaign to finance his trip, raising more than $3,000 of a $750 goal as of Tuesday afternoon. Novak joked in his crowdsourcing post that he would likely need a ski lesson due to the fact that “being a desert dweller, I’ve only been skiing once and I was real bad at it.” The timing for that aspect couldn’t have been more perfect, according to MacPherson.

“What a gift it is to have crowd funding and social media bring Will Novak, the one from Phoenix, to Vermont, and specifically to Okemo to learn how to ski during National Learn-to-Ski Month,” she said.

MacPherson said Okemo Ski + Ride School Director Chris Saylor “caught wind of the story” and reached out to Novak directly, setting up a private lesson that will help the unlikely visitor shake the rust off his skiing ability after a 19-year hiatus.

“Will Novak will be making his first turns in Okemo's Clock Tower base area this weekend,” MacPherson said.

The notoriety Novak earned when his story went viral has resulted in a slew of offers of gifts, services and other perks during his trip. MacPherson said the Vermont Department of Travel and Tourism is sending a gift basket of Vermont-made products to present to Novak, and a Vermont-based tattoo artist offered to give him and the groom-to-be, Angelo, matching tattoos according to a story in the Washington Post.

MacPherson said as great as the tale is now, there is one final detail that would truly give it a storybook ending.

“The only thing that could make Angelo's bachelor party any better would be if Angelo and his bride returned to Vermont for an Okemo wedding,” she said.