The Best Times to Ski and Ride in Vermont 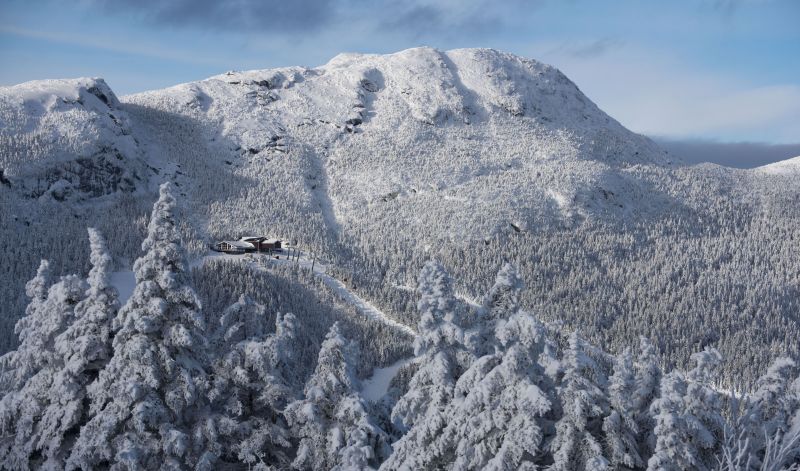 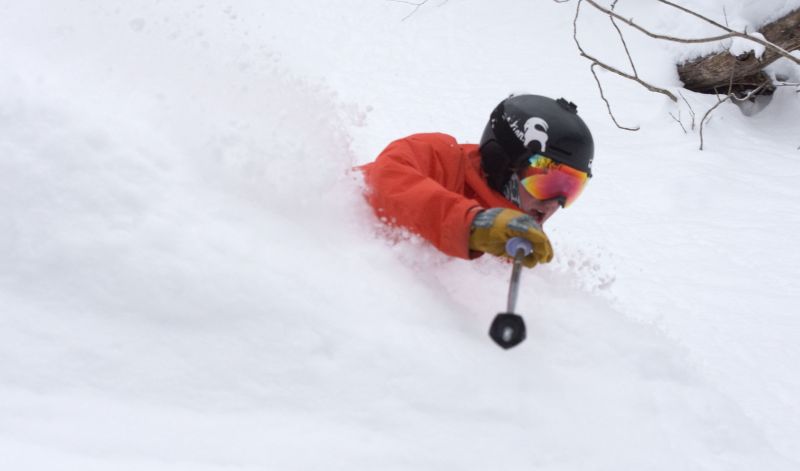 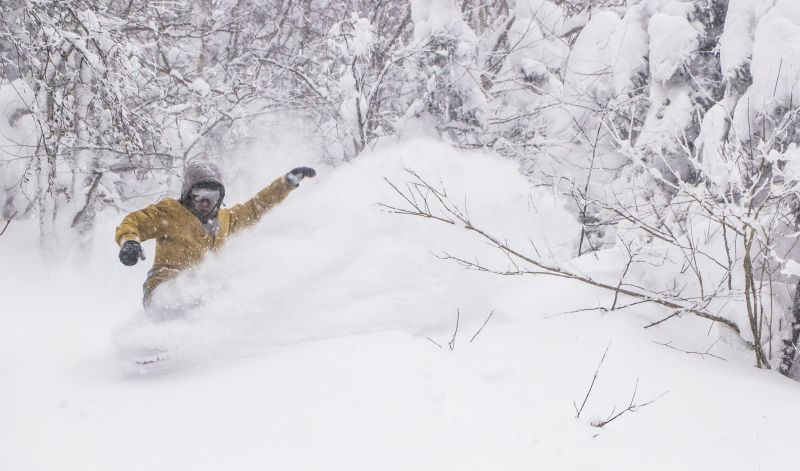 Riding the White Wave at Jay 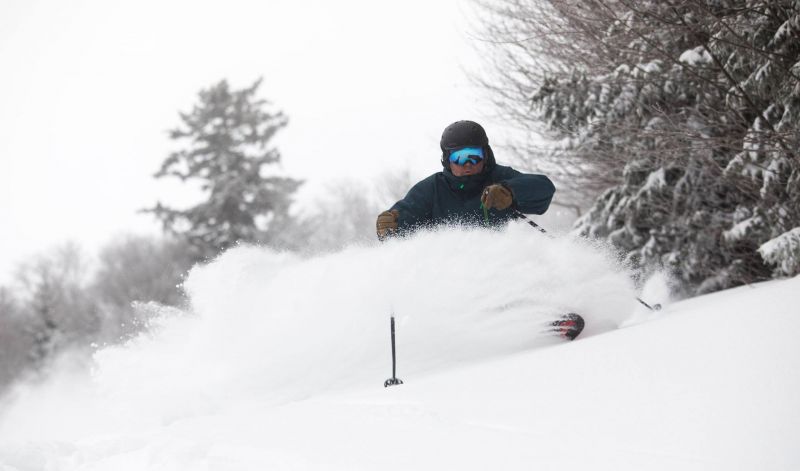 White Room at The Beast, Killington 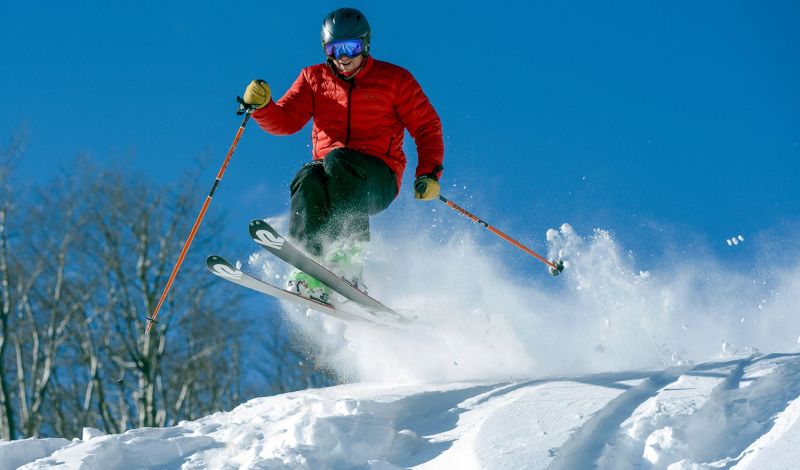 Blasting Through Pow at Stratton

The Best Times to Ski and Ride in Vermont

Any day spent skiing or riding the slopes of Vermont is a good day – but some are better than others. Often, it’s the plentiful powder underfoot; other times it’s the perfect companionship, postcard weather or the satisfaction of getting a fantastic deal on lift tickets or lodging.

Whatever factors fuel the perma-grin beneath your goggles, there is no shortage of times within the Vermont ski and snowboard season to get out and make the memories of a lifetime. Here are some to keep circled on your calendar:

Bromley Mountain: Experience the only ski area in New England with a full southern exposure Monday through Friday for fewer crowds, allowing you more time on the slopes, more wide-open terrain, and less time in lines. Visit weekends and holidays to enjoy the newly expanded events calendar filled with entertainment and activities for the whole family. Bromley truly shines in the month of March with higher than average snowfall, and lower than average ticket deals, plus slopes showcasing soft snow from first to last chair.

Burke Mountain: Traditionally, Burke Mountain sees almost four full months of skiing and riding with terrain opening early December and closing mid-April leaving plenty of time to get some turns.  With that being said, some of the best storms are known to hit early February and continue through the end of March making for excellent conditions. Recognizing these prime months, the Burke Mountain Snowsports Instructors host the annual Burkie’s Sno Pro Camp during the last week of February.  Geared for ages 5-12 these five days of fun-filled instructor lead programming improve your child’s skills on the slopes while having a rippin’ good time.

Jay Peak Resort: Best to bring the fat boards along with the sunscreen if you’re headed to Jay Peak for a “spring” ski outing. Last winter the resort got pummeled with close to 10 feet of snow during St. Patrick’s month, and that was on the light side as far as Marchs go. Good thing for all that snow, as March is when the Ski The East Freeride Finals are held Jay’s infamous Face Chutes. This year it's been determined that March 24th will be the best day of the winter season at Jay Peak.

Killington Resort: With an average of 46 inches of new snow falling each March coupled with the Nor’Beaster Spring Pass offering unlimited turns mid-March through the end of the Longest Season in the East – it’s always the best time of the year to visit Killington Resort.

Mad River Glen: Spring is the best time to ski Mad River Glen because March is the biggest snowfall month of the season. Longer days also give the opportunity for extended operating hours.

Smugglers’ Notch Resort: While March is typically a serious snow producer (in 2018, Smugglers’ saw six feet in seven days, and it didn’t stop there), other times of the season are plenty popular as well. This year, our special Kids’ Club weeks are causing quite the commotion. During the weeks of 12/16-12/21, 1/13-1/18, 2/3-2/8, and 3/3-3/8, all guests staying on any Club Smugglers’ package receive FREE lessons for kids 12 and under with the award-winning Snow Sport University. This unbeatable deal is the perfect recipe for wintertime memory-making. smuggs.com

Stratton Mountain Resort: Early season deals, midweek packages and March powder are the best ways to hit the slopes for maximum ski time and savings. Christmas Eve and Christmas Day packages offer savings and a chance to celebrate the holidays in Vermont. In addition to being the snowiest month, March is goggle tan season with hot deals and cool events including the VT Open, a snowboarding competition (March 8-10, 2019) that celebrates the history and progression of a sport born and raised in Vermont.

The annual Tubbs Face Race invites competitors to snowshoe up the mountain’s famous black diamond trail "The Face" and return down the “Easy Mile.” Proceeds Benefit CHaD - Children’s Hospital at Dartmouth-Hitchcock. Course distance is approximately 1.5 miles with 600 vertical feet ascent up "The Face.”

Trapp Family Lodge: At Trapp Family Lodge, the best time to go skiing is whenever there’s snow. But for those looking for the most snow and longer days, March is the time to venture out on the trails. As the snowiest month of the year, trails are well covered and ready for your perfect ski.

Okemo Mountain Resort: Any day on the snow is a good day, but the absolute best on-snow experience can be found midweek. Lift lines are often nonexistent, and with less traffic on the trails, snow-surface conditions hold up longer into the day. And, of course, lift access and lodging is a better value – often with added benefits and discounts that accompany booking a midweek stay. For weekend warriors whose schedules prohibit a midweek visit, there are some strategies that can work to your benefit. Start your day early; most people don’t make their first run until mid-morning. Ski or ride more obscure trails to avoid main trails and high-traffic areas. Ski through lunch; lift lines get shorter around noon when many skiers break for a midday meal. Get an insider’s perspective of the mountain; sign up for a complimentary mountain tour with an Okemo Mountain Ambassador at one of the information desks.

Magic Mountain: Some of the best times to enjoy skiing in Vermont is when it’s less crowded—something that Magic puts a premium on. The quality of the ski experience is made better when the lines and the slopes are free of heavy traffic. Hard to do on those big holiday weeks. Of course, Magic has great deals on non-holiday Thursday at $29 when the slopes are less crowded, but Magic is the only area that sets a limit to how many people can purchase tickets on any given day—and that includes holidays when everyone loves to come to Vermont. Magic currently has a 1500 day-ticket sales limit to keep lift lines to a minimum and the slopes uncrowded. And of course, when thoughts turn to spring, Vermont comes alive with some of the best snow fall and skiing of the year—it’s also one of the least crowded times to ski and ride as less people make the journey north. Bad for them, good for you if you come. There’s typically more snow (March brought over 6 feet!) and more fun with lots of great events like Magic’s Master of the Mountain extreme biathlon, Spring Fling, Sunshine Corner snow bars and great bands.  www.magicmnt.com/events

Mount Snow: March at Mount Snow means amazing events and tons of snow: Bud Light Mardi Gras on the 2nd, The Jack Jump World Championships on the 3rd, Bud Light Shamrockfest on the 15-17th with thousands of revelers dressed in green and $17 lift tickets, the Bud Light Reggefest on the 22-24th complete with The Sink or Skim pond skim and Duct Tape Derby, our 11th Annual Winter Brewers Festival on the 30th, and the Bud Light Glade-iator on the 31st. If you’re looking for something to do in March, look no further than Mount Snow. Details at mountsnow.com/events.

Sugarbush Resort: The past two winters at Sugarbush have included Marchs with 90+” of snowfall. Typically one of the snowiest months of the season, the snowfall coincides with some of the best events of the year including The Sugaring Time Festival (maple-themed activities and food), the Castlerock Extreme (a freestyle competition on Liftline), Island Weekend (beach themed activities and food) and the SideSurfers Banked Slalom (a snowboard exclusive banked slalom race). This year there will also be plenty of 60th anniversary celebrations in the spring as well, harkening back to the great Sugarbush March Madness to include Waiters Slalom, Sloshwicking, music series and more. Spring lodging packages also offer guests special springtime savings.

Bolton Valley: With skiing and riding until 10pm Tuesday through Saturday, spring skiing is sunset skiing at Bolton Valley. Skiers and riders ski into the sunset thanks to western facing slopes, and watch the sky glow red and orange behind the Adirondacks. It is a unique spring skiing experience not to be missed. Several events including the Spring Thing Weekend and Pond Skimming add a little pizzazz to what is already a great time of year to be on the mountain.