Snow Legends: Vermont Produces the Cream of the Competitive Crop 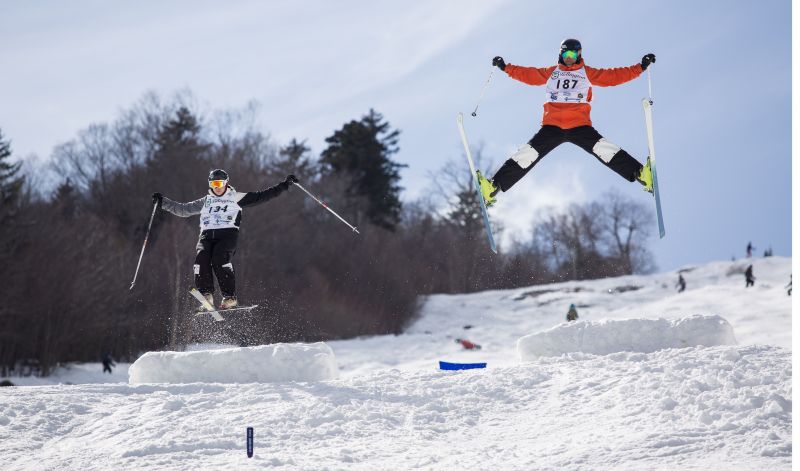 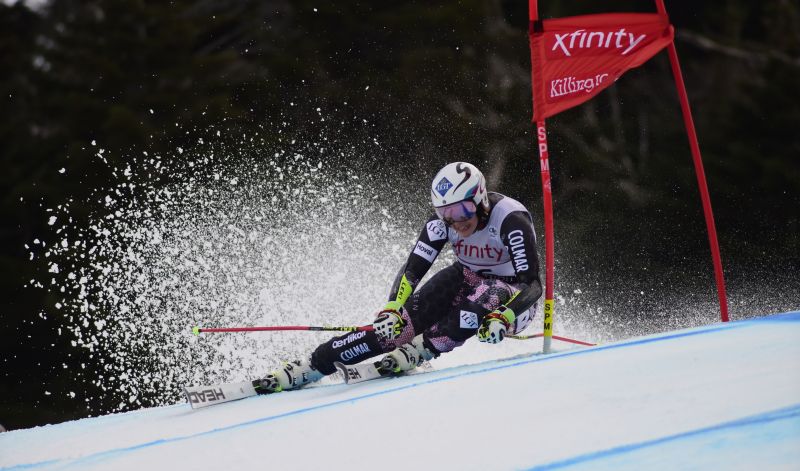 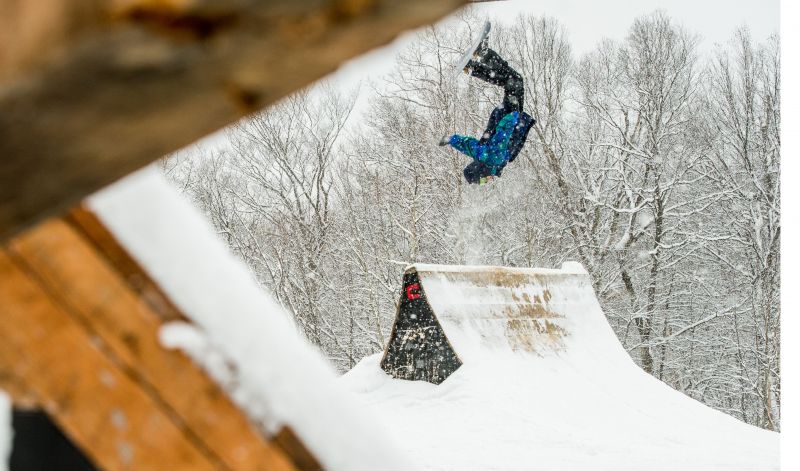 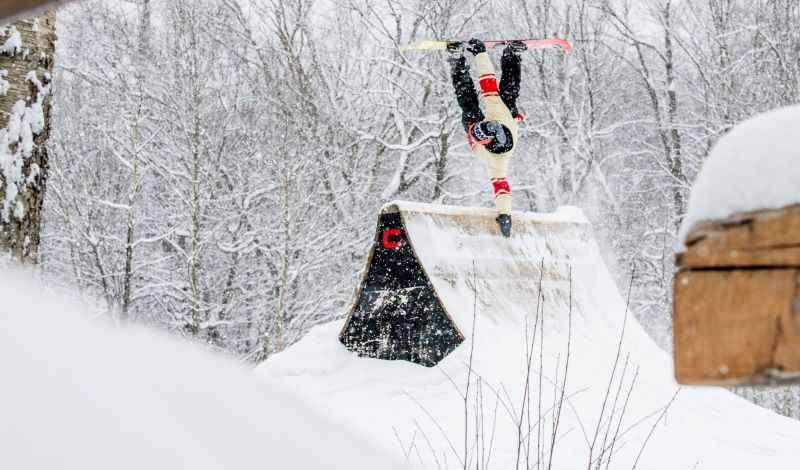 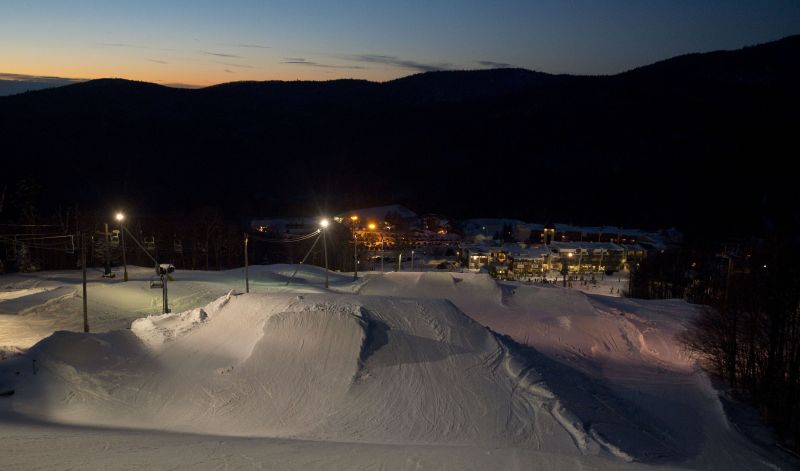 Snow Legends: Vermont Produces the Cream of the Competitive Crop

Scan the start list for any world-class competitive ski or snowboard event, and chances are good you’ll find competitors with roots in, or connections to, Vermont. The Green Mountain State’s ski areas and winter sports academies have churned out a virtual who’s-who of elite competitors, many of whom have left an indelible mark on the snow sports history all the way up to the World Cup and Olympic levels.

Buckle your chin strap and prepare to rocket through the race course or drop into the halfpipe with the stellar snow sports competitors of the Vermont ski and snowboard scene:

Burke Mountain: Not only does Burke Mountain hold the prestigious honor of hosting the first ski academy in the United States but also holds the honor of being the first named US Ski Team official training site. After 40 some plus years, Burke Mountain Academy is the leading ski racing academy in the country, having produced numerous National Team members and Olympians along the way - the most recent being 2014 Olympic slalom gold-medalist Mikaela Shiffrin who is the reigning Olympic, World Cup, and World Champion in slalom. Shiffrin was the youngest slalom champion in Olympic alpine skiing history, at 18 years of age.

Jay Peak Resort:Everyone who skis or rides at Jay Peak is legendary

Killington Resort: Killington Mountain School, in partnership with Killington Resort, is expanding its on-mountain training facilities to include a new four-season bag jump for year-round training near the base of the Superstar trail. Donna Weinbrecht, mogul maven of Killington, won the first Olympic Gold Medal awarded for mogul skiing at the 1992 Albertville Games and has won every accolade in her sport since. Killington will once again bring home some of the sport’s finest winter athletes during the 2018 Audi FIS Ski World Cup over Thanksgiving Weekend - expect to see athletes such as Julia Mancuso and Mikaela Shiffrin.

Mad River Glen: Mad River Glen tends to attract some pretty accomplished skiers, so it stands to reason that when these folks “go forth and multiply” their progeny tend to be pretty good themselves. Mad River Glen trained athletes like Lars and Silas Chickering-Ayers, who are competing on the Freeskiing World Tour and have won numerous events and series titles. Mad River Glen Race team alumnus Danny Duffy is a member of the US Ski Team and was the 2015 US National Super-G Champion.

Mount Snow: Carinthia Parks at Mount Snow has long been a breeding ground for Olympic and X-Games athletes. Now celebrating its tenth year as a 100-acre all-terrain mountain face there’s a new class of up-and-comers you’ll want to keep an eye on. From Storm Rowe and Zeb Powell on the snowboard side, to skiers Mac Forehand and Caroline Claire, the future is looking bright for Mount Snow’s next generation of skiers and riders.

Smugglers’ Notch Resort: Smugglers’ Notch Ski and Snowboard Club (SNSC), headquartered at the base of Smugglers’ Notch Resort’s Sterling Mountain, has been the training ground for the ski careers of Olympians, National Team members, pro ski racers and college athletes since its 1959 founding. SNSC became a not-for-profit organization in 1975, and the club currently offers training and competitive opportunities in alpine skiing, freestyle skiing and snowboarding. The club’s Extreme Ski Challenge, hosted in March and now in its fifth year, attracts a full field of competitors ready to take on some of Smugglers’ gnarliest terrain. www.snscvt.com

Stratton Mountain Resort: Stratton Mountain School (SMS) has trained Olympians and US National Team members for 40 years since its founding as the first ski academy accredited by the New England Association of Schools and Colleges. The curriculum combines the most comprehensive training programs in alpine and cross country ski racing, free skiing and snowboarding with a strong tradition of college preparatory academics. Six Olympic medals, 46 Olympians and 100 National Team athletes have called Stratton Mountain and SMS home, including Danny Davis, Lindsey Jacobellis, Ross Powers, Andy Newell and Jessie Diggins, winner of the first U.S. Gold Medal for Nordic in the 2018 Winter Olympics.

Suicide Six Ski Area/Woodstock Inn: Founded in 1932, Woodstock Ski Runners is the oldest ski club in the Northeast with a long-standing mission to instill a life-long passion for on-snow sports among the children of the Woodstock community. WSR’s fun, supportive, and family-friendly environment ensures access to both introductory and competitive programs in alpine, cross country and all mountain categories.

Trapp Family Lodge: Not only is Trapp Family Lodge proud to be the first cross country ski center in North America, but also proud to educate future generations by hosting educational group sessions to carry on the tradition of the sport. North American Hockey Academy (NAHA), Stowe Ski Academy, many local schools, and the local cross country ski team bring their students to learn and train on the trails. Trapp Family Lodge is the training ground for the University of Vermont Cross Country Ski Team and has proudly hosted many competitors in the Junior National Cross Country Championships and Olympics.

Magicn Mountain: Magic grows some of the best all-around skiers and riders. Part of this is from the challenging terrain and tree skiing options. The other major component is its Snowsports Learning Center with seasonal youth programs: Devo (development), Racing, and Freeride. These are close knit groups of kids who learn to love the sport and compete at a high level in VARA racing and IFSA freeski events along with local rail jams. At Magic skiing and riding is affordable, personalized and family-oriented.

Sugarbush Resort: Sugarbush is home to the Green Mountain Valley School (GMVS), a U.S. Ski Team High Performance Training Center. A world-class ski academy, GMVS’s alpine training program produces some of the finest ski racers in the country. GMVS has placed numerous athletes on the US Ski Team since its inception in 1973, many of whom obtained World Cup podium finishes and Olympic medals including Doug Lewis. Sugarbush currently sponsors GMVS Alumni Abi Jewett, US Women’s C-Team Member, and Ben Ritchie, US Men’s D-Team Member. Ski and snowboard Hall of Famer John Egan is on-staff at Sugarbush and available for private lessons and cat skiing adventures.

Bolton Valley: After an inaugural season of fun, skier development and competitions, Bolton Valley is excited to bring the BV Freeride Team back for another winter of big mountain skiing adventure.

Eric is the Director of the Squaw Valley Freeride program in California, managing one of North America’s most successful and popular freeride programs with over 1400 kids. Eric is a pioneer in big mountain “extreme” skiing, having appeared in over a dozen Warren Miller films. Adam is one of the local DesLauriers’, and he is the director of the backcountry and advanced alpine programs. Adam has filmed ski expeditions for clients like The North Face and Warren Miller Films on three different continents, and guided and instructed skiers throughout the western US, Canada, Alaska, South America, and the Chamonix Valley in the Alps. Adam, a native Vermonter, returned to the state just over a decade ago after working for Eric DesLauriers for six seasons as the Squaw Valley freeride Team coach. He now raises his kids on the mountain – making them the 4th generation of DesLauriers at Bolton Valley. He’s a world class big-mountain skier and Bolton Valley is thrilled to have him involved with the Freeride Team. https://www.boltonvalley.com/lessons/BV-Ski-and-Snowboard-Teams/BVFT