3 min read
Powder Day, Mount Snow Resort, 2/11/16
Presidential Powder
The slopes are pleasantly powdery after multiple storms this week dropped more than a foot of fresh snow at Vermont resorts. All the new natural powder pairs nicely with continued snowmaking from the state’s highly efficient, high-output snow guns which can cover up to 80% of Vermont’s trails with top quality snow. The timing is perfect as resorts prepare for a bustling Presidents’ Week and even more snow is in the upcoming forecast.

Feast your eyes on this visual smorgasbord (because the proof is in the pudding) then hit the slopes for a helping of your own. Read about Ski Vermont’s tongue-in-cheek call for a “snow redistribution revolution” in honor of the upcoming holiday and presidential hopeful, Vermont’s own Bernie Sanders. But before you click anywhere else, visit skivermont.com for the latest trail counts and conditions updates. You’ll be delighted with today’s report.
Presidents' Week Events
While many skiers and riders are ready to enjoy a long weekend - or week-long break, if you're lucky - in honor of our past presidents, Vermont resorts have been working hard primping trails to ensure they are in primo cruising condition and organizing a full lineup of activities for your après entertainment. Check out the abundant family friendly Presidents’ Weekend events in store across the state with something for everyone from fireworks and torchlight parades to fireside s’mores.

This Sunday, February 14th is Valentine’s Day, and we can’t think of a better way to celebrate with your loved ones than by spending a day together on the slopes. Couples will find many romantic specials at resorts including deals for two.

For a full list of deals and events this February, visit Ski Vermont’s deals and events pages at skivermont.com.
Presidential Flavor
Ben and Jerry’s Ben Cohen is at it again, naming a new flavor in celebration of Bernie Sanders’ run at the White House. This limited edition flavor, called Bernie’s Yearning, has a solid chocolate disc that sits on top of a pint full of mint ice cream. The chocolate “represents the huge majority of economic gains that have gone to the top 1 percent since the end of the recession,” and “Beneath it, the rest of us.” The carton explains instructions for eating this flavor include whacking the chocolate disc with a spoon “into lots of pieces” then redistributing them throughout the mint ice cream to share with “your fellow Americans."

Only 40 pints of this flavor have been produced with 25 sent to Sanders' campaign and the remaining 15 cartons were distributed via a campaign fundraiser contest. 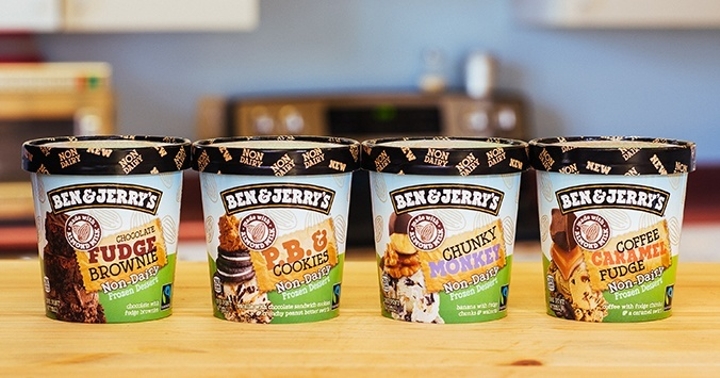 If you didn't get your hands on a pint of Bernie's Yearning but your mouth is watering for a new flavor to savor, check out Ben and Jerry’s new, long awaited line of non-dairy flavors. The four new flavors are certified vegan, so they aren’t made with any animal products, and include ingredients such as almond milk, vegan brownies and Fairtrade certified cocoa, sugar, bananas, coffee and vanilla. Look for Chunky Monkey, Chocolate Fudge Brownie, Coffee Caramel Fudge and P.B. & Cookies on shelves soon.

For more information on ingredients and where you can find these flavors near you, visit benjerry.com.
Recent Posts
RIDE-VT: The Snowboarding Capital of the World
2 min read
If You Make It, They Will Come: A Tale of Snowmaking in Vermont
5 min read
World Cup Ski Racing Comes to Vermont
11 min read
Ski Vermont is coming to a ski show near you!
3 min read
Ski Vermont is looking for a Marketing Intern!
1 min read
Stay in the Snow!
Sign up to receive Ski Vermont emails and powder alerts.
Sign Up
Travel Vermont!
Let us help you get here with driving, flying and train travel tips.
Learn More