The Vermont Open: More Than Just a Snowboarding Competition

As the weather heated up throughout the week preceding the Vermont Open at Stratton, I have to say, I was a little worried. Record warmth blanketed the northeast with temperatures climbing into the sixties mid-week. This unseasonably warm weather caused great concern for me (and I’m sure the event organizers too) begging the question, would there even be enough snow for the event to go down? What I came to find out was that Stratton was fully capable of putting on incredible show that was more than just a snowboarding competition and whose awesomeness was only aided by the warmer temps and spring skiing conditions.

I’ve long been a fan of Stratton Mountain, feeling that it offers a preeminent overall ski experience that includes great lodging, skiing and riding, and an amazing apres ski scene. All of these traits are further enhanced by the conveniently located village right on the mountain. Having never been to a snowboarding event of any kind prior to this one and my knowledge of them limited to watching the X-Games each year on TV, I had no idea what to expect. However, despite my shortcomings, being able to witness the VT. Open in this setting only served to further increase my fondness for this mountain.

Driving up Friday afternoon, I was able to make it to Stratton in time to have a cocktail or two at the legendary bar at the base, Grizzly’s and listen the the funk style band Brickdrop usher us into the weekend. The kickoff concert had me pumped and I awoke Saturday morning raring to go. My excitement was welcomed by a picturesque bluebird day and more mild temperatures. This created spring like skiing conditions that needed to be taken advantage of early on prior to checking out the slopestyle event around noon. T-Shirted and in some random cases shirtless skiers and riders took to the snow like a hot knife through butter soaking up the sun and enjoying the morning conditions. While later on at the slopestyle, VT. Open competitors left no feature untouched, using the soft snow to their advantage, charging hard and gaining more than enough speed to pull new stunts off the jumps and rails alike. 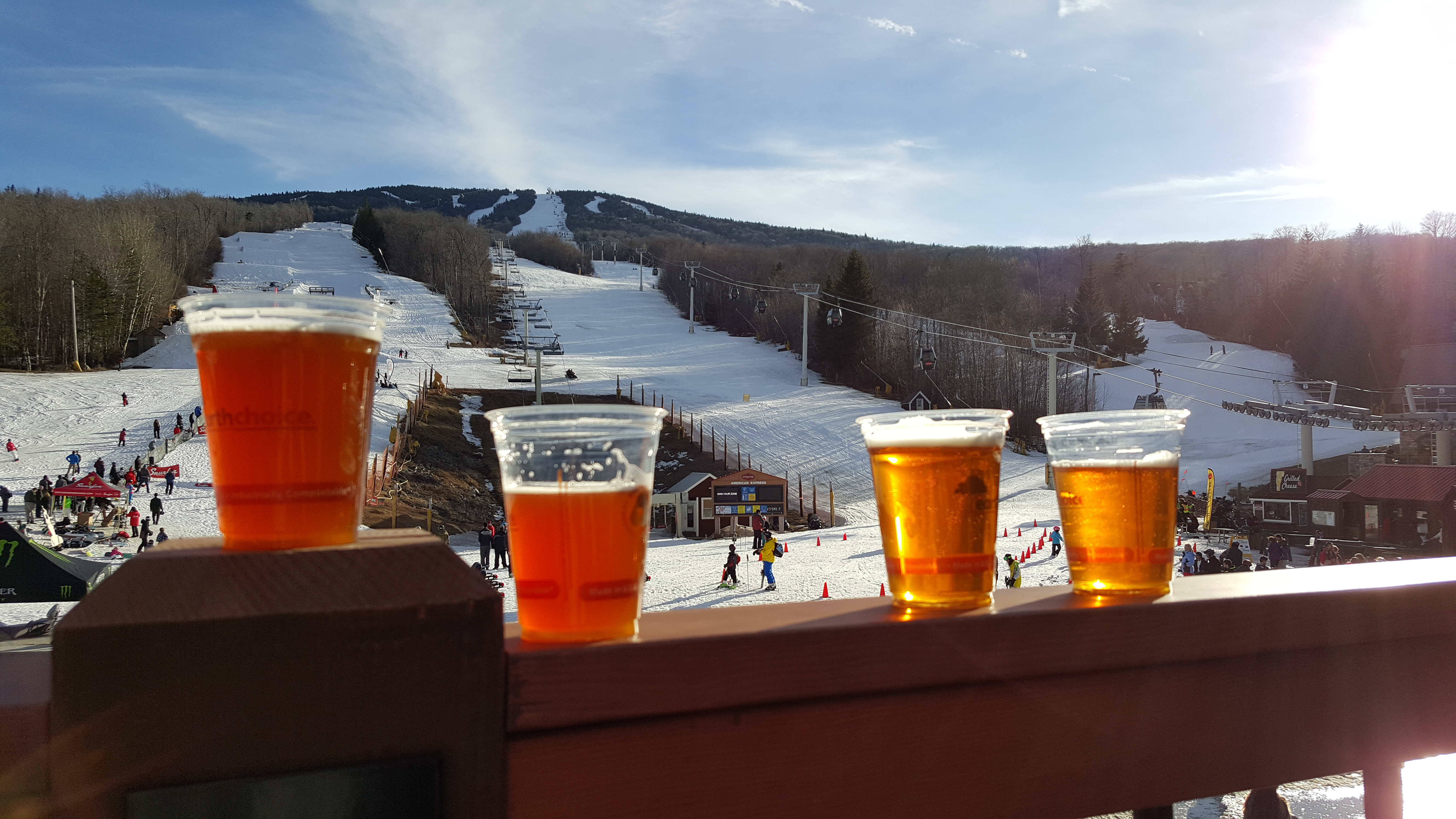 As the Slopestyle event ended around mid-afternoon, the crowd began to gather on the deck at Grizzly’s for an unrivaled spring apres ski experience. With the unique rock stylings of Hayley Jane and the Primates blaring from the inside stage, food and drinks were consumed all while checking out the epic view of the mountain and the highly amusing snurfer challenge from the outdoor deck. As the party wound down at Grizzly’s it left little time to prepare for the main event, The Retro Pipe. The crowd once again gathered quickly under the lights for this pinnacle show, and the hourlong session put on by all the riders and eventual winners Ross Powers and Lauren Tamposi did not disappoint. 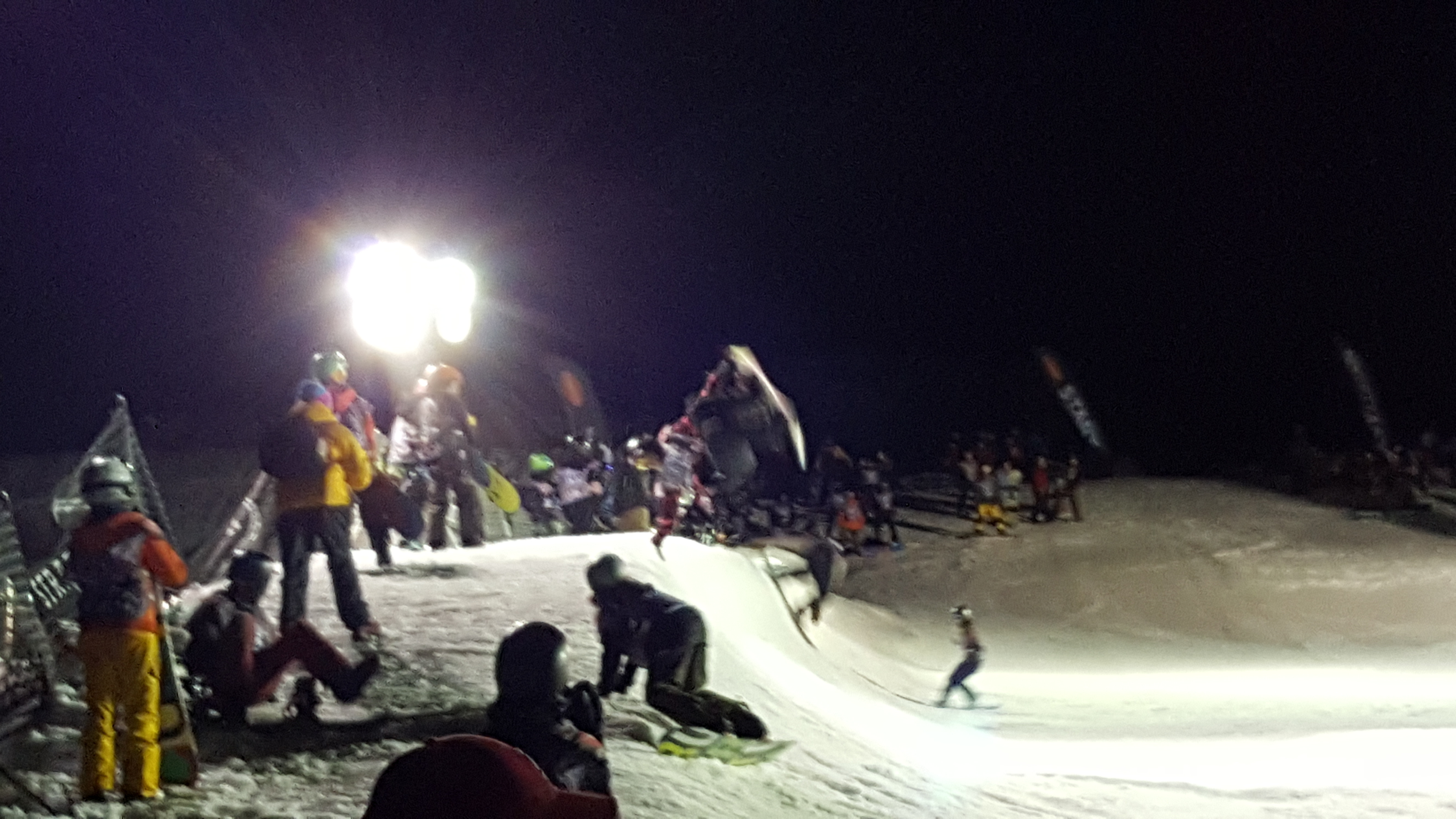 With the day’s snowboarding events over, the party continued on late into the evening. The Silks and then Saints and Liars rocked the Green Door Pub making it hard to bring an end to such an amazing day. As always, great things are never meant to last, but it is good to know that going forward Stratton’s Vermont Open is more than just a snowboarding competition. It is a weekend long event that let’s the good times roll for the masses with snowboarding, concerts, and apres ski parties that are more than worthy of your attention.