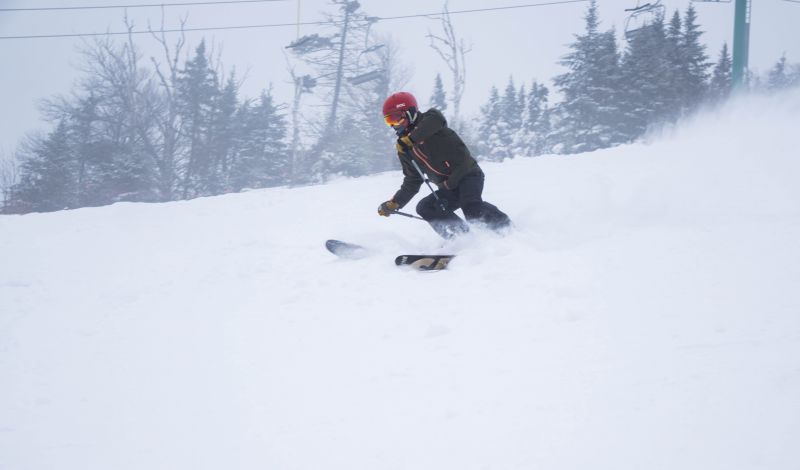 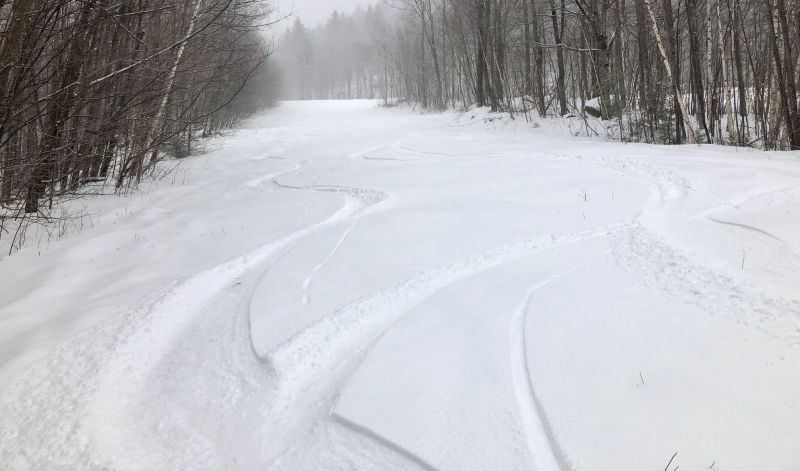 Lucky skiers and riders at Magic Mountain got to make fresh tracks in the abundant powder from Friday's storm. Photo courtesy Magic Mountain.

The most significant snowstorm of the year for several Vermont ski areas set up awesome weekend conditions for powder chasers setting their sights on fluffy turns across the Green Mountains.

Smugglers' Notch Resort reported a whopping 21 inches of fresh snow as of 3:45 p.m. on Friday, the highest total of any ski area in the state. Photos on social media appeared to back up that number, as skiers and riders could be seen blasting through nearly waist-deep powder at Smuggs during the later afternoon hours.

Stowe Mountain Resort reported a foot of fresh powder by mid-afternoon Friday, on the heels of four inches prior for a storm total of 16 inches - with bountiful white stuff still falling heavily. One lucky Stowe regular who got after it latre Friday afternoon described the conditions as "all time" in a Facebook post.