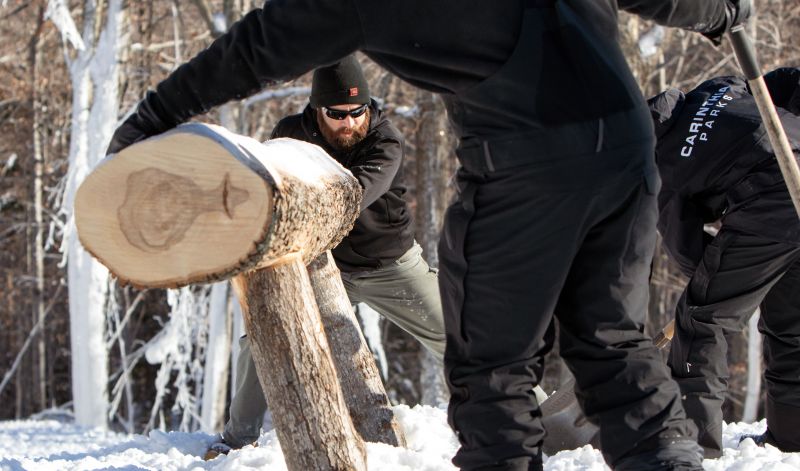 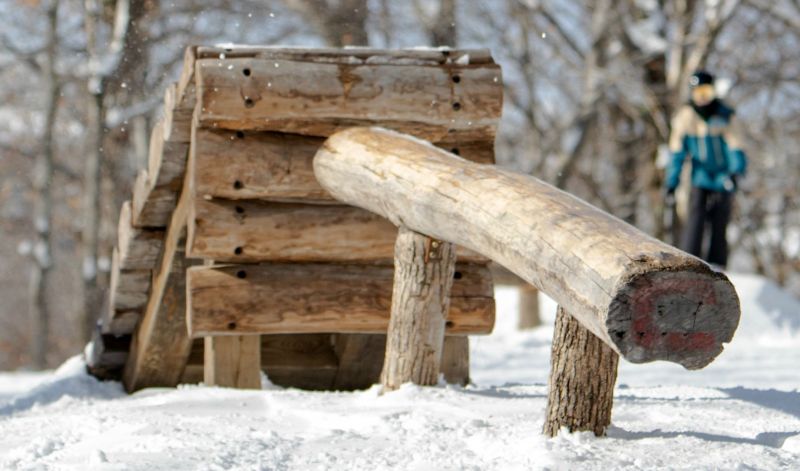 The snow guns were blasting away at Mount Snow, where Carinthia boasted 86 features throughout six parks - making it the largest terrain park in North America.

"Over in Carinthia, our diggers haven't slowed down one bit," read a post on Mount Snow's blog. "The Farm and The Gulch are expected to open this weekend with fresh builds and a slew of new features, helping to secure a spot as the largest park in North America! In addition, we've been making snow in The Superpipe, so it won't be long before we're sending it!"

Mount Snow fans had much to look forward to this weekend, with the resort offering discounted lift tickets for Founders Day on Friday and its annual Demo Day on Saturday.

Meanwhile, Mad River Glen once again surprised its fans with an unplanned mid-week reopening Wednesday. The Sunnyside Double spun back to life, servicing skiing on 100 perfect of the main mountain at MRG.

Management credited snowmaking - a sort of unsung hero at MRG - as a key factor in revitalizing surfaces enough for the ski area to reopen ahead of schedule.

"A couple of days without operations allowed the mountain ops team to work the hill," stated a release from MRG. "The great snowmaking whales have now been pushed out and what is left behind is a beautifully manicured and well-contoured Birdland and Base-Area."

The only Vermont ski patrol with two members in the National Ski Patrol Hall of Fame earned yet another accolade recently.

The Smugglers' Notch Ski Patrol was the recipient of the National Ski Patrol's Outstanding Small Alpine Patrol Award, given annually in recognition of excellence in performance and leadership.

"The MOSAPA is presented to the team which stands out above others for a wide scope of contributions to the alpine community from training to local outreach to lives directly saved as a result of patrol intervention," said Michael Chait, public relations director at Smugglers' Notch. "Our team is honored to receive this award."

The Smugglers' Notch Ski Patrol is in its 62nd year of operation.