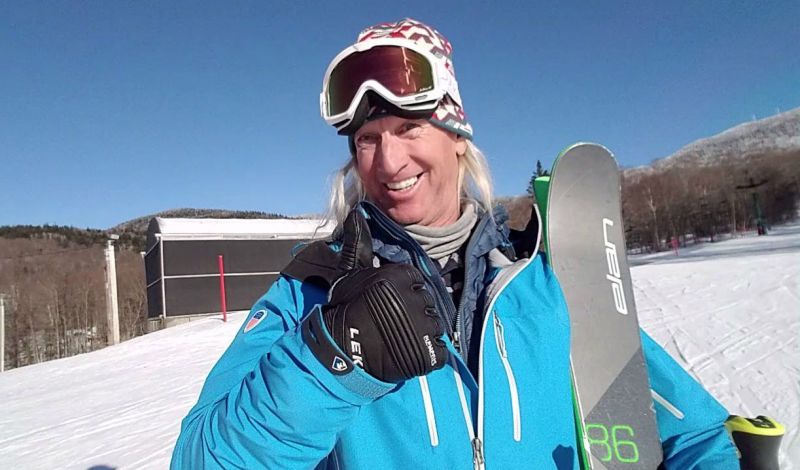 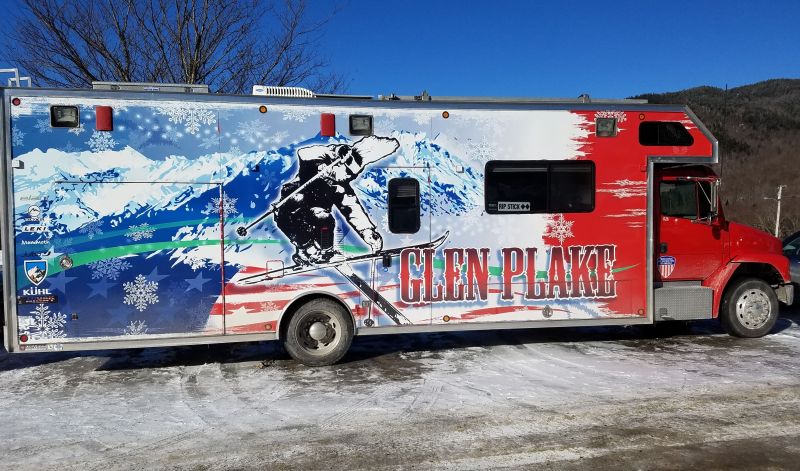 Plake was visiting the Green Mountain State as part of his "Down Home Tour" of American ski areas. His personal bus – emblazoned with his name and a graphic of him skiing with his signature mohawk – stood in the parking lot, a sort of calling card to his otherwise-impromptu appearance at Bolton.

Some lucky fans got to ride the chairlift and ski with arguably the most recognizable figure in U.S. ski film history, while other received autographs and posed for photos with him. Plake said he doesn’t like to publicize such appearances in advance, because he wants to truly experience each ski area and its skiers and riders in the most natural way possible.

“This is my first time at Bolton,” he said. “I’ve been skiing my whole life, and here I am having this fantastic new experience.”

Like a pied piper on skis, Plake was trailed down the mountain by a gaggle of young skiers who emulated his style – swooping playfully in and out of the tree line along the trail’s edge and catching air wherever they could off bumps and jumps.

Plake said he enjoys interacting with young skiers and riders and reflected on the fact that January is National Learn to Ski and Snowboard Month. Most Vermont ski areas are offering discounted beginner packages - lift tickets, rentals and lessons - all this month.

“It’s super important that we get people out, trying winter sports,” he said.

Plake said he was the very first ambassador for Learn to Ski and Snowboard Month, and one of his first official duties was a television appearance. Plake was already quite comfortable in front of a camera after his breakout in the 1988 classic “The Blizzard of Aahhh’s,” but said he was somewhat less than qualified for his Learn-To duties.

“I ended up teaching the lady from the Today show how to ski, a first time, never-ever-before beginner,” he said. “The only problem was, I wasn’t a ski instructor! I didn’t really know what I was doing. I ended up carrying her on my back at one point.”

Plake has since received his certification as an instructor. One of his most memorable film appearances came in 2009’s “The Edge of Never,” in which he helps teach then-15-year-old Kye Peterson – now one of the top big mountain skiers in the world – how to ski steeps in Chamonix, France.

“I’m proud to say that I am a ski instructor now, so I really can speak for Lean to (Ski and Snowboard) Month – because it’s super fun,” Plake said. “Come out and try this crazy sport – long things on our feet, no brakes – woohoo!”

As if he had reminded himself of his real reason for being at Bolton, Plake admired the view one last time before pointing his skis back down the fall line.

“It’s too nice of a day to be standing around – let’s go skiing!”