It’s the Snow: Snowmaking, Grooming and other Mountain Ops 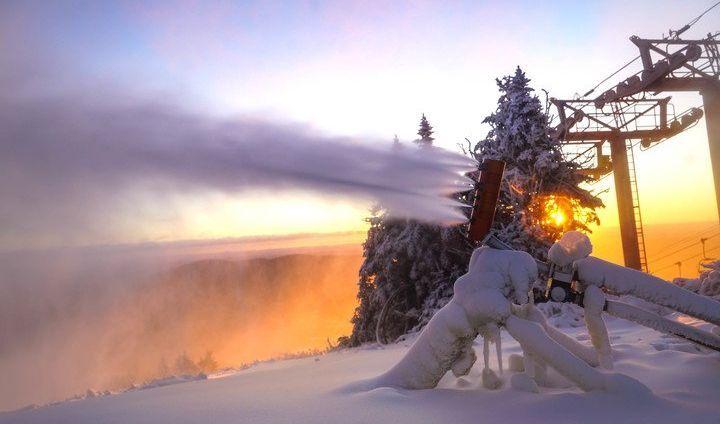 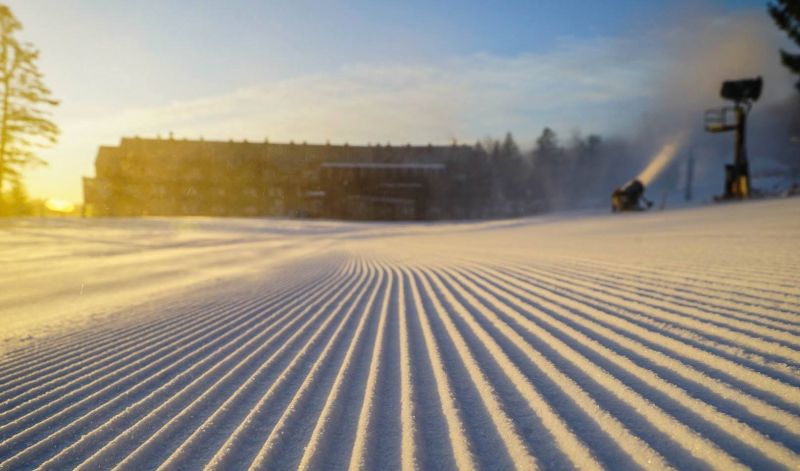 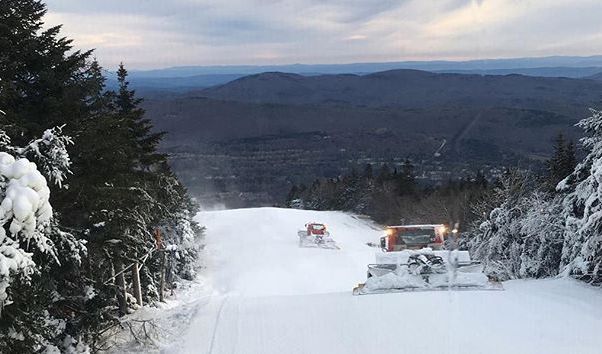 SnowCat and Mouse at Mount Snow 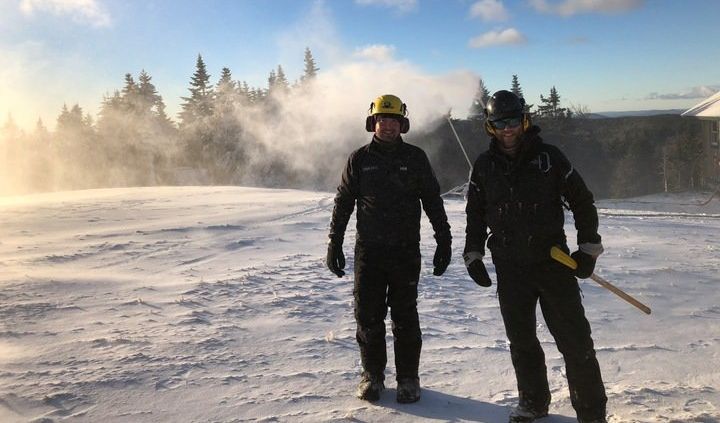 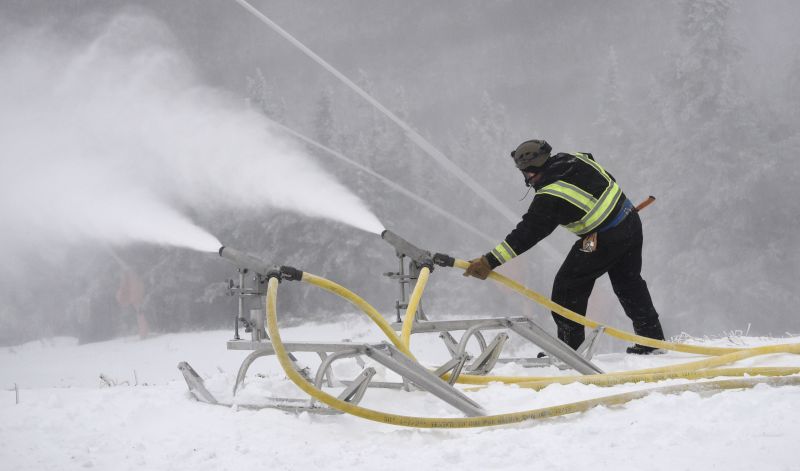 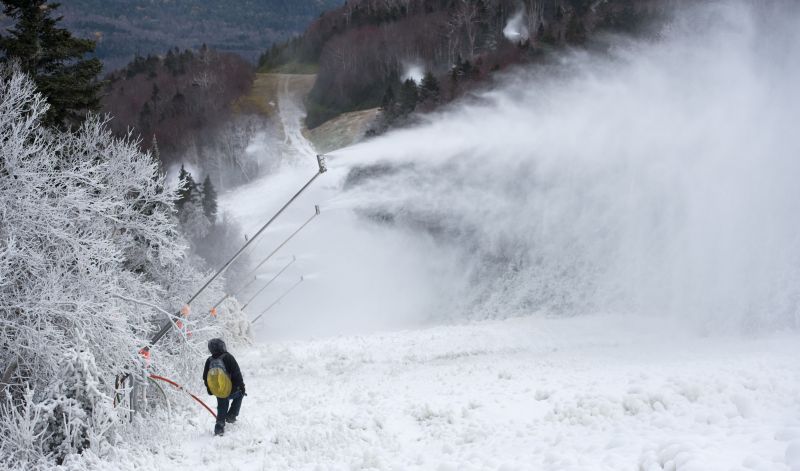 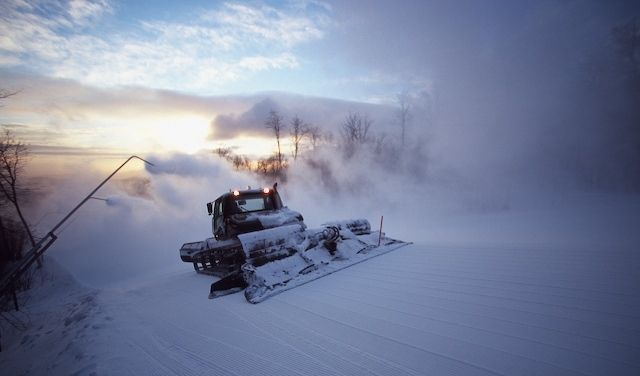 It’s the Snow: Snowmaking, Grooming and other Mountain Ops

If you want to know what makes Vermont skiing and snowboarding truly special, you don’t need to look too deep; it’s the snow. Legendary natural accumulations are supplemented with some of the very best snowmaking systems in the business, and expert mountain operations teams across the state have turned grooming and surface maintenance into an art form.

Whether you’re in search of the ultimate untracked experience or carving up pristine corduroy, Vermont’s ski resorts work night-and-day to deliver the best possible surfaces on which to leave your mark.

Bromley Mountain: With a pump house upgrade in place (you know, that system that gets the water in the pond at the base of the mountain into the pipes on the mountain that reach 86% of Bromley’s skiable terrain) that includes a fine-tuned, state-of-the-art system specifically dialed to Bromley’s needs, the snowmaking system is looking forward to Nov 23 (opening day). Crews have also been proactively maintaining the network of water pipe, replacing about 800 feet throughout the summer season. Add that to the investment over the last few years in snow guns (100% of our snow guns are now rated HE), and Bromley has re-written the formula for fantastic snow!

Killington Resort: The longest season in the East is made, not born. If snowmaking is the heart of the Beast, the Mountain Operations Team is the backbone of the whole operation. To compliment Mother Nature’s average of 250 inches of natural snow each winter, Killington Resort’s snowmaking system covers 600 of our skiable acres. When conditions are at their best, in an hour’s time, Killington’s snowmaking system pumps more than 720,000 gallons of water to 240 snow guns, covering 80 acres with 12 inches of fresh snow. The snowmaking system features 88 miles of pipe, 1,700 snow guns (including more than 1,100 Low Energy guns), and a virtually endless supply of water to produce machine-made snow. Killington is currently open for skiing and riding. Check the website for daily updates www.killington.com.

Mad River Glen: Snowmaking is the most obvious example of what separates Mad River Glen from the rest of the industry as it is the last bastion of natural snow skiing in New England. The snowmaking system is limited not because skiers don’t like snowmaking but because there has always been precious little water available to do more. Believe it or not, Mad River was at the forefront of snowmaking and would likely have increased output if additional water had been available. As the industry changed over the years and became more reliant on snowmaking, Mad River’s lack of it helped to set the mountain apart.

Smugglers’ Notch Resort: With a fleet comprised of 100% high efficiency/low energy snow guns, Smugglers’ is well-known for high quality surface conditions. Capacity currently sits at 62 percent and is expected to grow over the coming years thanks to the recent addition of a water intake pipeline which runs from the Resort down to the nearby Lamoille River. Fun projects for the snowmakers to tackle this season include sculpted learning terrain close to the children’s center, and a brand-new Banked Slalom course located on Madonna Mountain.

Stratton Mountain Resort: With Stratton’s state-of-the-art control system, snowmakers optimize snow quality and energy efficiency. Throughout the season, Stratton offers the great snow guarantee thanks to over 1,200 snowguns plus unrivaled air and water capacity with 220 million gallons in reserve. This season, Stratton adds a Prinoth Bison X to its fleet of groomers and will be utilizing Prinoth’s fleet management system that allows the close monitoring of every cat on the hill in real time while precisely measuring snow depth through the satellite based “SnowHow” system, delivering a 15 percent increase in efficiency, 12 percent cost savings and 11 percent higher grooming performance.

Suicide Six Ski Area/Woodstock Inn: Full snowmaking automation of “The Face,” the mountain’s signature trail, will allow for higher quality snow and shorter production times. This season snow making at Suicide Six will occur earlier in the season thanks to TechnoAlpin and the talented in-house team, who designed the concept. Reallocation of existing resources will further increase snow quality, as well as play a major role in helping Suicide Six open earlier for the season.

Okemo Mountain Resort: Okemo consistently wins awards and accolades for its snow quality and surface conditions. The readers of SKI have ranked Okemo among the top ten eastern resorts in best snow and grooming categories for nearly two decades. Okemo’s reputation for lightning-fast recovery when a weather event wreaks havoc is renowned among eastern skiers and riders. Okemo covers 98 percent of its trails with snowmaking – that’s 1,300 energy-efficient HKD tower guns mountain-wide. Recent upgrades to Okemo’s water pumping power allows the resort to move up to 9,000 gallons of water per minute through its snowmaking system. Ample amounts of water are ready to be turned into snow when the temperatures allow. Okemo’s primary snowmaking reservoir is 70 feet deep and holds 155 million gallons of water. Okemo typically turns 350 to 450 million gallons of water into snow each winter season. Two snowmaking crews work 12-hour shifts so Okemo can make snow `round the clock when winter arrives. A fleet of state-of-the-art Prinoth grooming machines and a veteran team of operators work through the night to provide optimal surface conditions every day of the ski and snowboard season.

Magic Mountain: Ski Magic is investing significant capital into upgrading and modernizing Magic’s snowmaking capabilities. The 2018-19 season will see more snowmaking trails covered from 35% to over 50% of terrain on both East and West side trails so there is always a wide variety of beginner thru expert terrain to ski no matter what mother-nature brings. Ski Magic has added over 50 of the latest HKD energy efficient guns to its fleet since it took over, and this summer/fall operations is bringing back lower Magic Carpet and Sorcerer with fixes to piping. Additional water supply will also go on-line this winter with the new brook pump installation at the base of the access road to help re-fill the snowmaking pond. In addition, new hydrants are being added to easier East Side trails in concert with opening the new Green Chair Mid-Mountain lift to create early season openings and more groomed trails to enjoy for novices and intermediates all season long.

Mount Snow: Named the 2019 Eastern Resort of the Year for snow by the editors of Ski Magazine, Mount Snow has always been a pioneer when it comes to snowmaking. Last season Mount Snow completed $30 million in snowmaking upgrades, including doubling its ability to make snow and increasing storage capacity six-fold. These upgrades give Mount Snow the most powerful snowmaking system in the Northeast, meaning more trails opening faster to start the season, and better coverage all winter long. Pair that with a 100% low-energy technology fleet of 948 snowguns, including one of the largest fleets of fan guns in North America, and you've got a winning combination for some of the most consistent skiing and riding conditions around.

Sugarbush Resort: Sugarbush offers snowmaking on 70% of its terrain; reserving the other 30% of terrain for natural snow conditions. Thanks to the purchase of low-energy snow guns including Snow Logic, HKD, and Ratnik snowguns over the last decade, Sugarbush has seen energy savings of close to 20%, while being able to make more, better quality snow in less time. Sugarbush has continued to make snowmaking upgrades this season, with new snowmaking pipe and a new pump house at Mt. Ellen.

Bolton Valley: Bolton Valley starts making snow in November with a goal of getting the main mountain open in early December. The snowmakers work around the clock whenever the temps are right to lay down snow on Vista Peak and Timberline. A special focus is on the trails that are lit for night skiing, so guests have a variety of trails to choose from after the sun goes down.