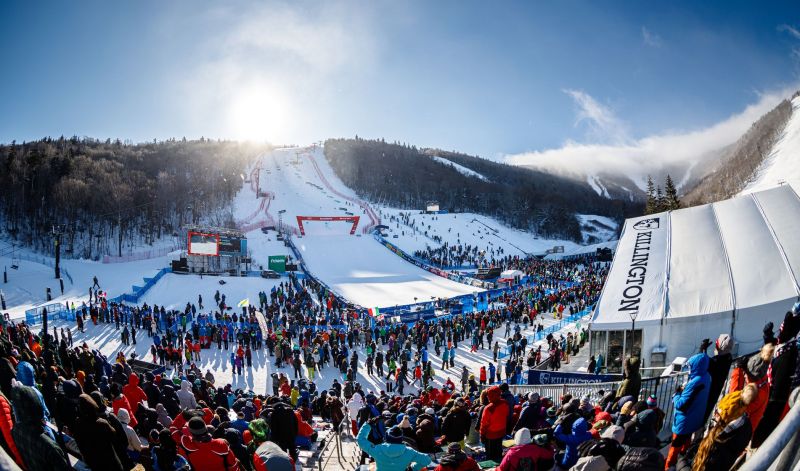 Just like its star attraction, the Killington Cup just keeps delivering at the highest possible level.

The HomeLight Killington Cup - the fourth consecutive installment of the Audi FIS women's World Cup race at Killington Resort - over the Nov. 30-Dec. 1 weekend was another resounding success, marked by record fan tournout and another dominant performance by U.S. spline skiing star Mikaela Shiffrin. The Burke Mountain Academy grad landed on Saturday's giant slalom podium with a third-place finish, then smoked all comers in Sunday's slalom to win by a jaw-dropping 2.29-second margin.

Cold temperatures throughtout the weekend resulted in a hard, fast course that gave many racers problems. Shiffrin put down the fastest first run in the slalom (51.98 seconds) to carry a 1.13-second edge into the second, where she successfully rode the knife edge between victory and loss of control to come out on top.

"In these conditions, it's tough because there were spots that were breaking and also some spots that were pretty slick," Shiffrin said. "I really thought I was out of the course a couple of times. It was just fighting all of the way down. I really didn't think it was going to be fast.

"There were a lot of times on the course where I felt like I was on the limit."

Though the overall turnout for the weekend was down slightly from last year's record crowd (36,500 fans this year vs. 39,500 last), Saturday saw the largest single-day turnout in the four-year history of the event with 19,500 people streaming through the gates.

The accompanying entertainment was also a big hit with the crowd, as Vermont's own Grace Potter and Twiddle provided mid-day music sets between race runs on Saturday and Sunday, respectively.