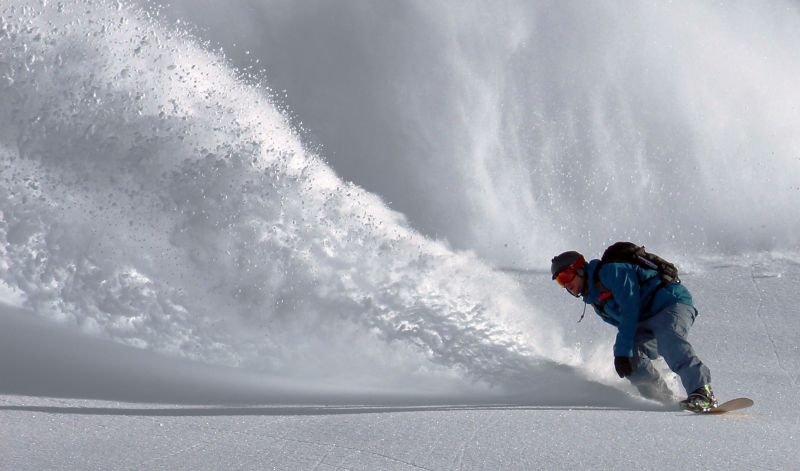 Montpelier, Vermont (June 18, 2018) – Members, supporters, and friends of the Vermont ski and snowboard industry gathered last week at Stowe Mountain Resort for the Vermont Ski Areas Association’s 49th Annual Meeting. Alpine and Cross-Country members, associate members and marketing partners were among those who celebrated a successful season, with the industry posting a slight increase in business over the 2016-17 season.

Vermont’s ski areas carried strong momentum heading into 2017-18, which helped to generate favorable presales of season passes and tickets. After a warm fall, snowmaking weather made its debut in time to help Killington Resort kick off the season on November 8, 2017 as, once again, the first Eastern resort to open. Mount Snow Resort took home a new accolade by opening on November 11 with the most open terrain east of the Rockies, and, also on November 11, Okemo Mountain Resort achieved its earliest opening in five years.

Vermont’s world-class snowmaking capabilities, early-season snowfall, and another hugely successful World Cup event at Killington Resort, which showcased Vermont to the world, all helped to jumpstart the state’s ski and snowboard season. The core season brought more than a few challenges in the form of adverse weather events, which dampened visitation during two of the three key peak holiday periods. The third, President’s Week, saw solid business over the long weekend, followed by a thaw with temperatures soaring into the 60’s. However, once the calendar turned to March, a favorable and snowy weather pattern returned and some Vermont resorts experienced record-breaking snowfall. More than five feet of snow fell during the month of March alone and Ski Vermont issued ten powder alerts over a six-week period. The abundant late-season snowfall and cooler-than-average temperatures resulted in a record spring for some ski areas with several extending their seasons. Jay Peak Resort had the longest season in their history, shutting the lifts down on May 6. Sugarbush also operated through May 6, and Killington Resort remained open for skiing and snowboarding through May 26.

All told, the Vermont ski industry posted a 1.2% increase in statewide skier days over the 2016-17 season, for a total this year of 3.97 million skier days. This is just under the state’s ten-year average for visitation. A skier day is one person skiing for one day, and is a standard measurement of business in the industry. As more ski areas adopt scanning and RFID technologies to track visitation, Vermont’s skier day totals are becoming more accurate. This number also underscores the importance of skiing and snowboarding as an economic driver for the state, as these visitors help to generate $1.6 billion in annual economic activity.

“This is an impressive result, despite challenging weather conditions for much of our core season,” said Ski Vermont President Molly Mahar. “While there is certainly no controlling Mother Nature, Vermont’s ski areas have again proven that they can persevere when the weather throws them a curveball – or in the case of this season, a series of them. Our world-class snowmaking capabilities and the hardworking employees that make the difference for our guests every day are the true reason Vermont offers a quality experience and dependable skiing and snowboarding all season, and why it is the number one ski state in the East. We always appreciate it when Mother Nature pitches in to lend a hand with abundant natural snowfall, too, which she did during both the early and late seasons.”

During its annual gathering last week, Ski Vermont presented an overview of the 2017-18 season and the impact of its marketing, public relations and governmental affairs efforts. Year after year, Ski Vermont continues to see record totals in earned media, website traffic, social media engagement and Learn-to-Turn initiatives like the Take 3 Pass and the Fifth Grade Passport program. Overall, Ski Vermont, working with its member ski areas, helped to introduce close to 5,000 new skiers and riders to the slopes this season as the result of its Learn-to-Turn programs.

Tim & Diane Mueller, who developed Okemo Mountain Resort into the first-class destination that it is today, were also honored with an Industry Achievement Award. The Muellers began their ski industry careers when they purchased a controlling interest in the community-owned Ludlow ski area in 1982. Since that time, they have leveraged their considerable talents to develop Okemo Mountain into the destination mountain resort that it is today and to build an enviable team. They didn’t stop with Okemo, expanding to add New Hampshire’s Mount Sunapee and Colorado’s Crested Butte to form their company, Triple Peaks. Tim and Diane have done so much for Vermont, not only by running an excellent operation, but with their participation in many organizations and boards in their local community and statewide. They are celebrated for their passion for skiing and snowboarding, the ski industry, their employees and the communities and states in which they operate.

“It’s this type of dedication and doing their best for our guests, no matter their particular job, which goes into making a great Vermont ski experience,” commented Molly Mahar of Ski Vermont.

Ski Vermont (Vermont Ski Areas Association) is a proud ambassador of the thriving winter tourism industry in Vermont, where the legislature has designated skiing and snowboarding as the official state sports. Vermont is not only the #1 ski state in the east and third in the US, but also reigns supreme in snowmaking quality and coverage, variety of terrain and historical impact on the sports of skiing and snowboarding - making it one of the most significant ski and ride destinations in the world. Ski Vermont’s mission is to help create a legislative, economic and social environment in which the state's ski areas can grow and prosper. It serves its 20 Alpine and 30 Nordic member resorts in three major areas: Governmental Affairs, Marketing and Public Affairs.